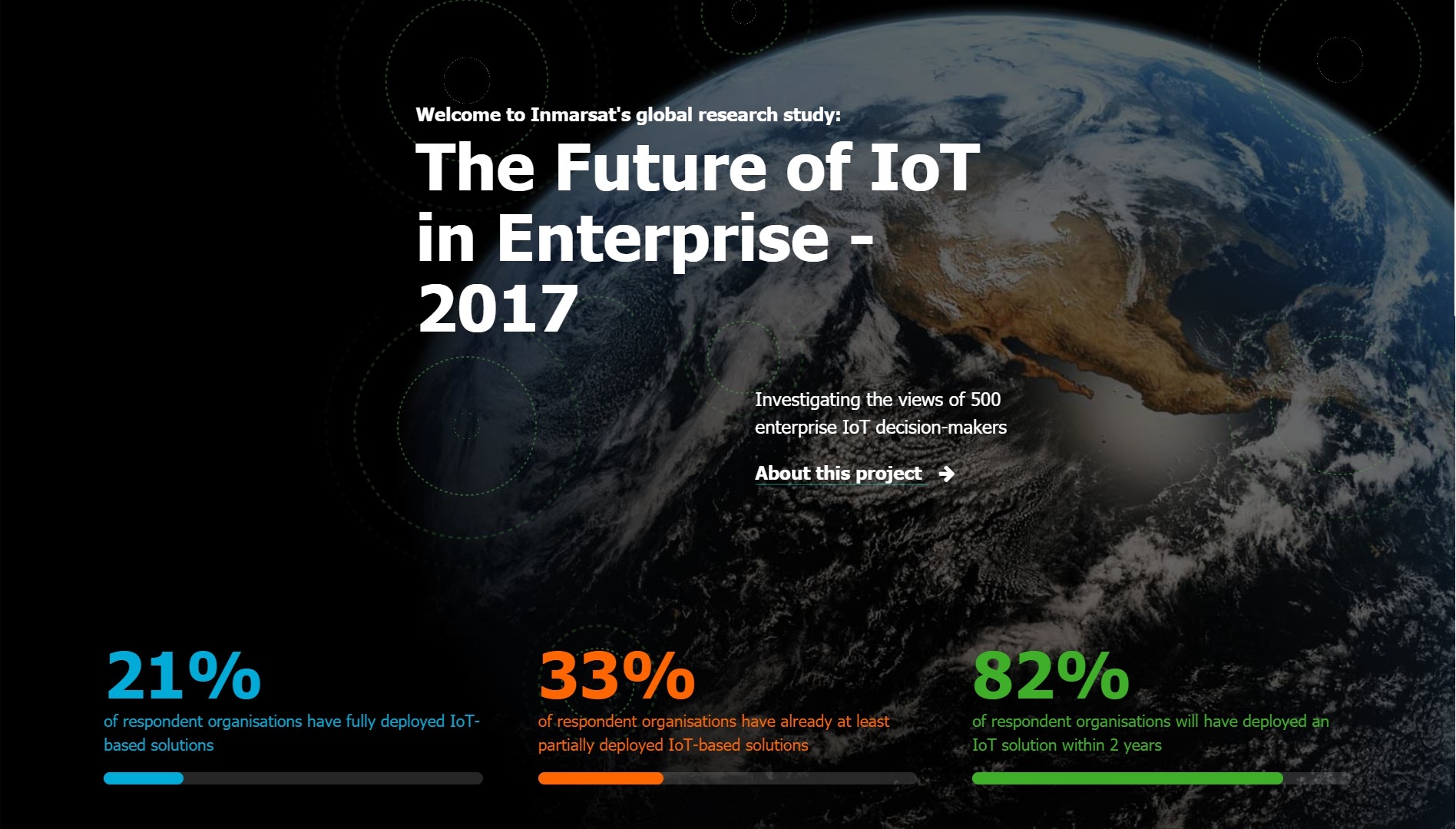 There is a clear recognition that IoT Technology will play a major role in every organization, but almost 50% of businesses currently find themselves without the skilled staff required. A new research report from Inmarsat attempts to peer into the future of IoT use within enterprises. The report findsthat 82% of respondents will have adopted some form of IoT within the next two years. The reason appears to be that without IoT and its sensors and data, many other technology innovations – such as machine learning, robotics, automation, 3D printing, AI and augmented reality – will not be able to deliver significant value.

According to Inmarsat there are three main challenges: data collection, connectivity and skills. First, three quarters of respondents said that they needed to improve their processes to protect against malicious attacks, and just over half reported the need to reduce the risks of accidental misuse by employees. Second, in terms of getting the data to and from remote sensors, respondents said they face a challenge in getting the level of reliable connectivity that they require, even in city areas.

The third big challenge concerns global shortages of skills. 60% of respondents reported that they required additional staff experienced in cybersecurity to handle the vast quantities of data that IoT solutions generate; and 48% lacked the technical support skills needed to make their IoT projects successful.